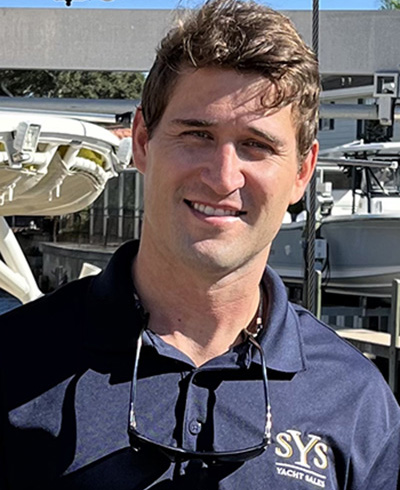 Carter was born in Colorado and moved to Florida when he was 10 years old. His passion and knowledge for boating began at a very young age when his family would spend the warm months in Colorado trailering their boat to the lakes and reservoirs throughout the western states.

When his family decided to move to Florida, Carter’s father let he and his two older brothers know that they would be living on the bay in Tampa so long as they could all share one room. Not one of them minded a bit as they spent every weekend and often after school hours fishing, crabbing, and wakeboarding. Through the years he has developed a great knowledge and understanding of navigating the Florida waterways as well as what it takes to care for and maintain a boat.

Carter graduated from Florida State University with a Bachelor of Science degree in International Affairs. He moved to the East coast of Florida in 2011 where he began his career as a salesman and has been in sales ever since. With his sales experience, a passion for boating and desire to expand his professional network, he took the opportunity to become a part of the SYS Yacht Sales team.