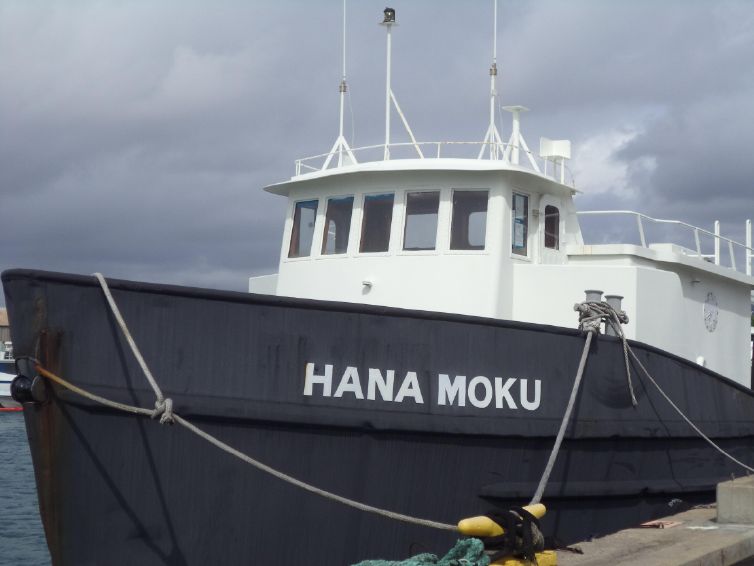 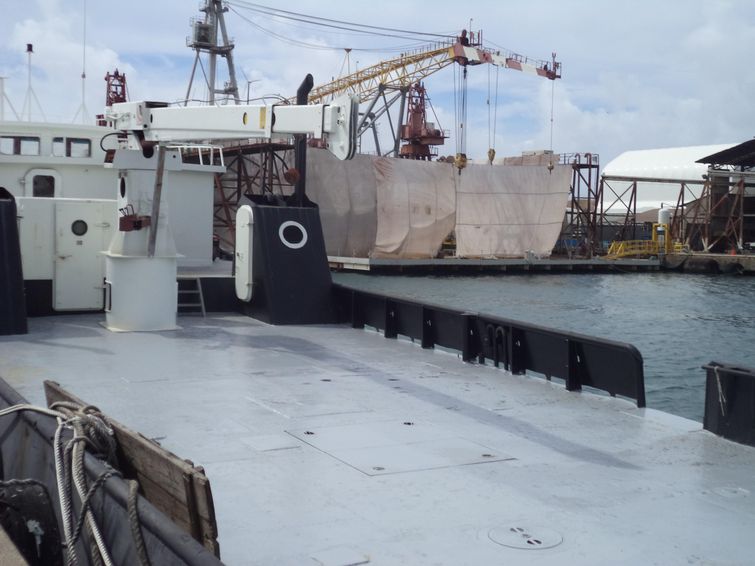 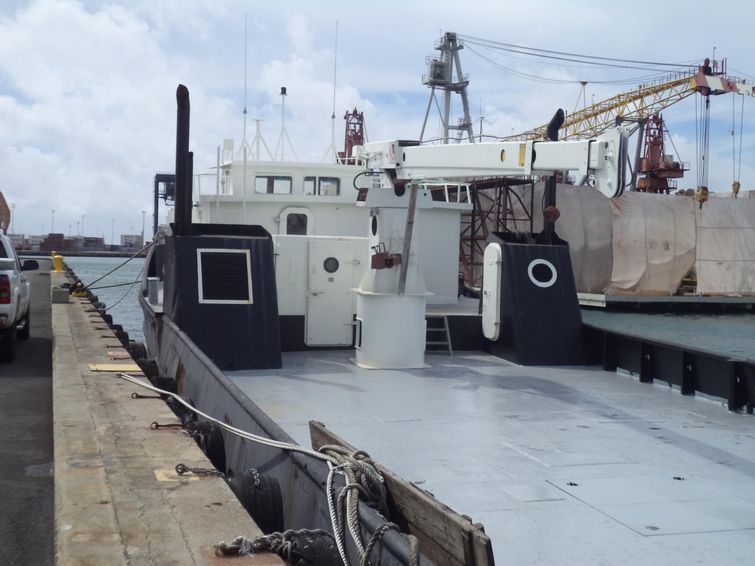 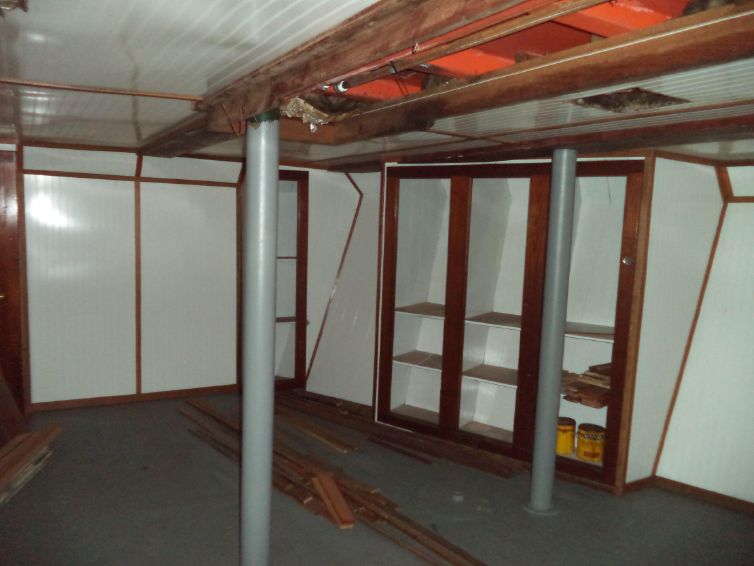 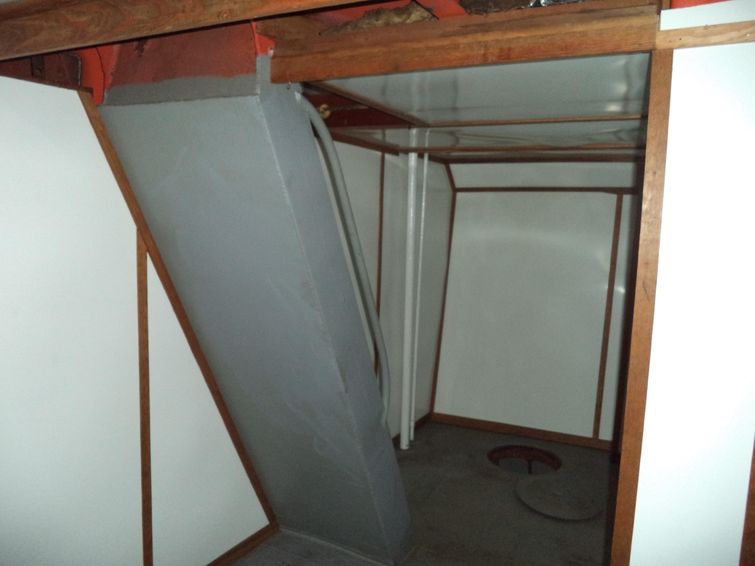 This is a multiple compartment, steel ex fishing vessel originally built in 1972 by Universal Iron Works in Houma, Louisiana as a supply vessel. Her basic layout consists of a void forward followed below decks by a crew cabin with a ladder to starboard leading up to her main deck. Her crew-s quarters are followed by a general area with settee seating, a head and miscellaneous stowage and then set to starboard is another ladder leading up to the main deck, followed by her relatively large galley area with a four burner stove and oven, At the aft end of this area is another ladder leading up through a watertight door to her main deck with a 20" coarninq. In the cabin house on her main deck is her pilothouse, slightly raised, with watertight doors on port and starboard with a step down companionway leading to another head and shower set to port, another settee arrangement, and to starboard are the two ladders leading to the forward crew area and the galley area and aft of this is a four berth stateroom. At the aft end of this house is another watertight door with a 20" coaming to the after raised deck, From this after raised deck there is a step down to her main deck with access on port and starboard to her engine space below. Access to her engine space on the starboard side it through a ladder and to port is a stairway leading down to the twin engine space with two generators, Her bulwarks forward are approximately 40" narrowing down to 34" running aft and at her transom. Adequate freeing ports are installed and she has gates port and starboard, Over her cabin house is general stowage for her emergency life raft and 406 EPIRB.

SYS Yacht Sales is pleased to assist you in the purchase of this vessel. This boat is centrally listed by Honolulu Yacht Brokerage International LLC.

The vessel was surveyed by hammering, probing, and visual inspection, Hull was inspected in areas accessible without removal of any ceilings or interferences and without opening to exposure any areas ordinarily concealed. I do not survey internal condition of any engines, electric or electronic equipment, or

thruhull assemblies, Her underwater hull was audio gauged and two areas were cropped out as well as new framing installed, This was at the bow area and port amidships in way of her former fish hold, Inspection internally was relatively open since her main engines have been removed, waiting for new rebuilt Detroit diesel 12v71 's of 700 hp each. Her tanks were opened for cleaning, Framing, readily accessible in the engine room appears to be in good condition with no noted undue corrosion, The boat is in the process of being converted to a general workboat. Essentially she meets USCG and NFPA requirements, is considered to be reasonably maintained and is in apparently sound structural condition.

Crane: Hydraulic 8 ton with telescope to 60’

* Shafts were just balanced with 0 hours

Items to be addressed:

* Living accommodations need to be installed

* Purchase of all safety gear 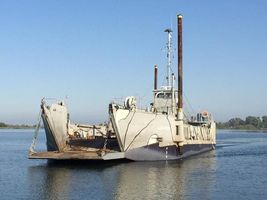 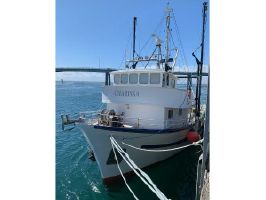 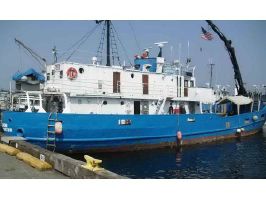 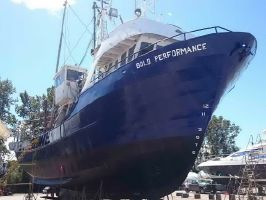 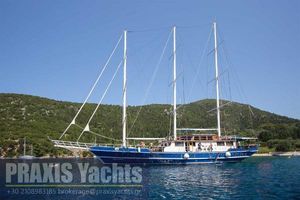 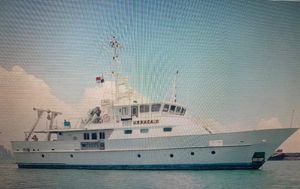 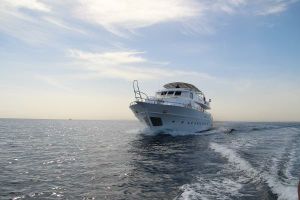 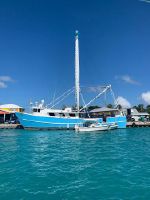 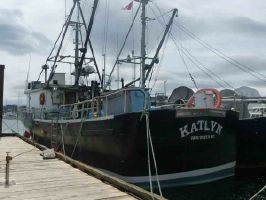 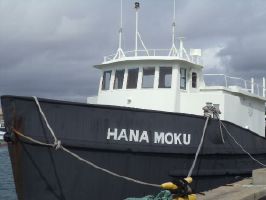 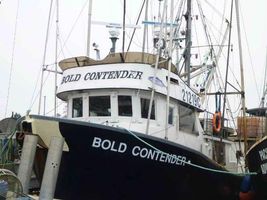 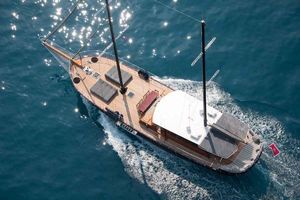