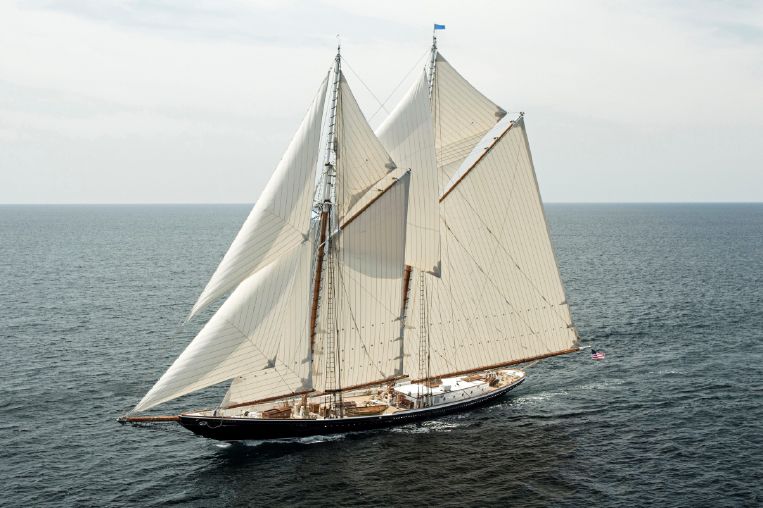 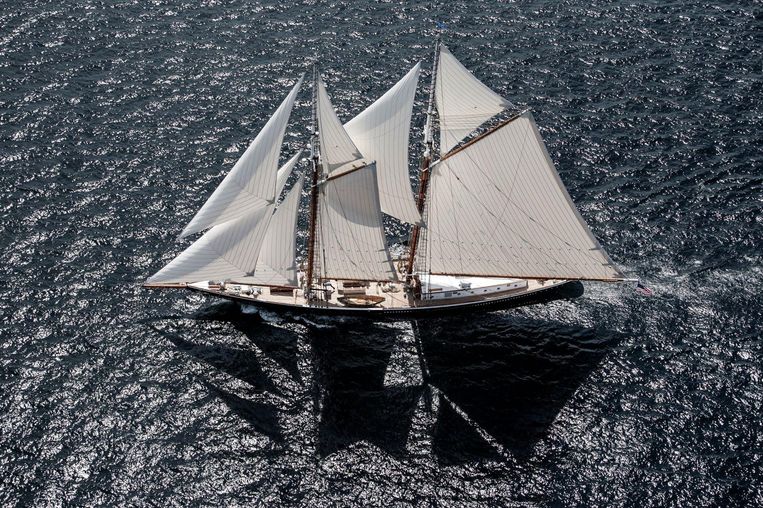 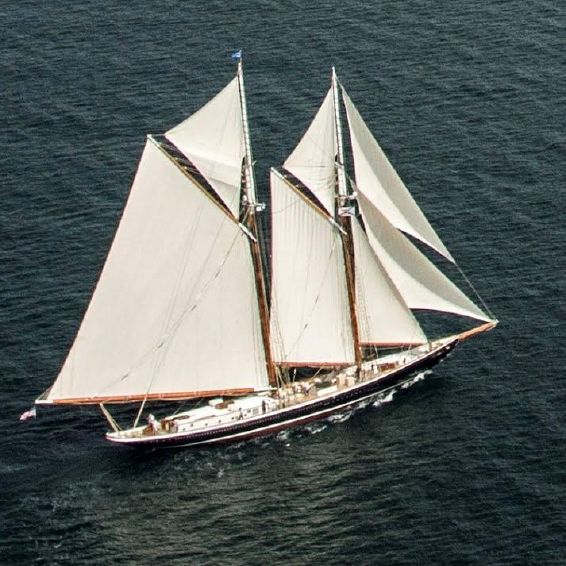 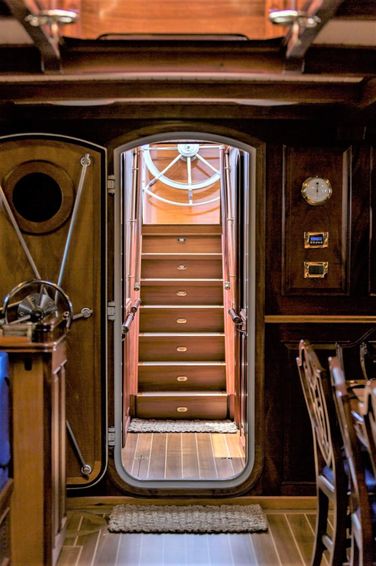 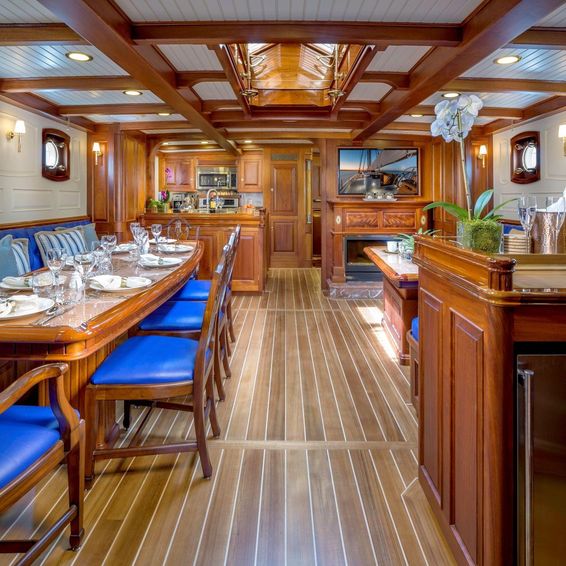 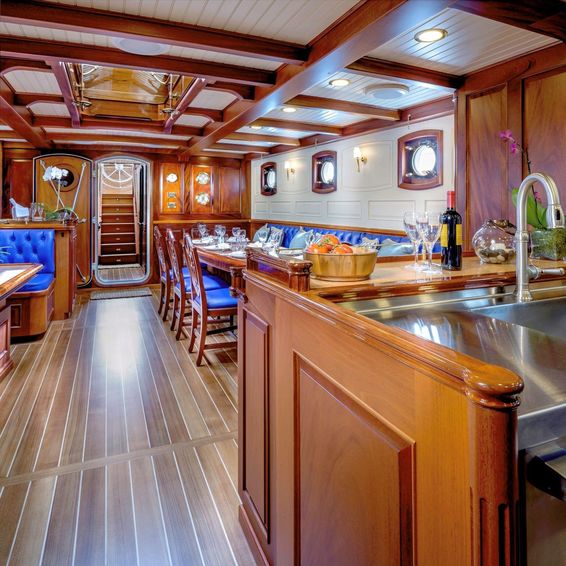 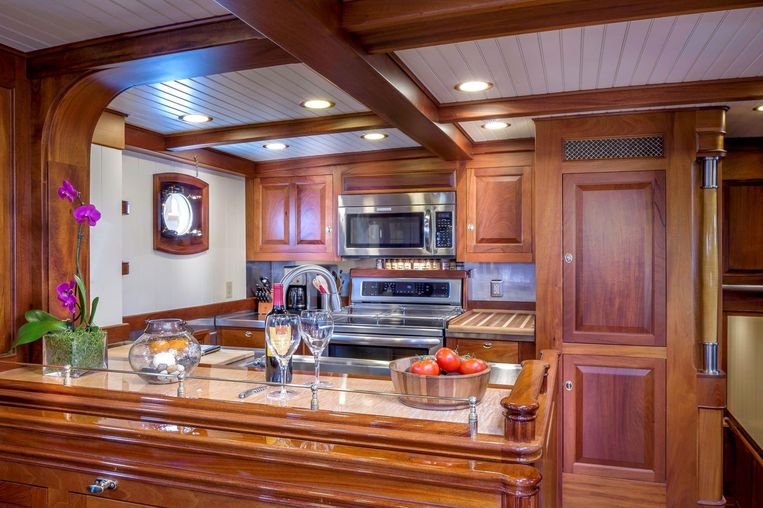 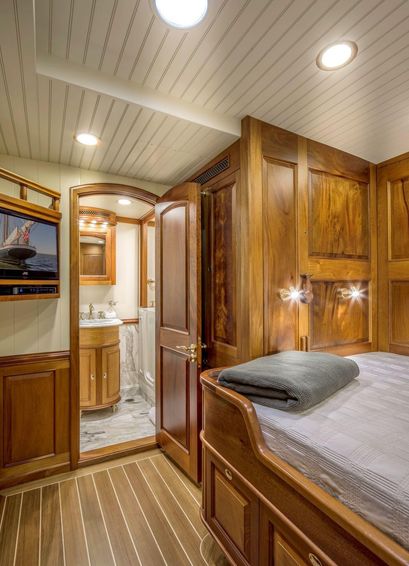 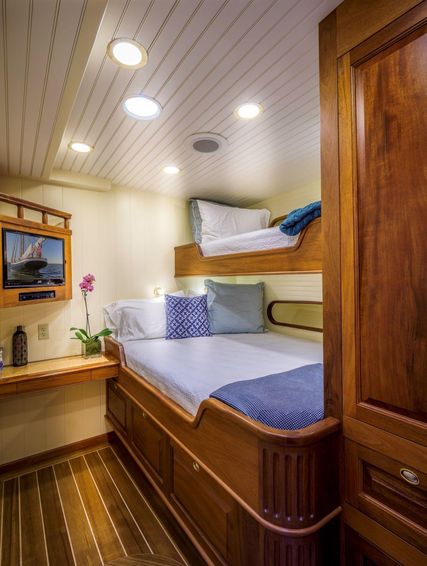 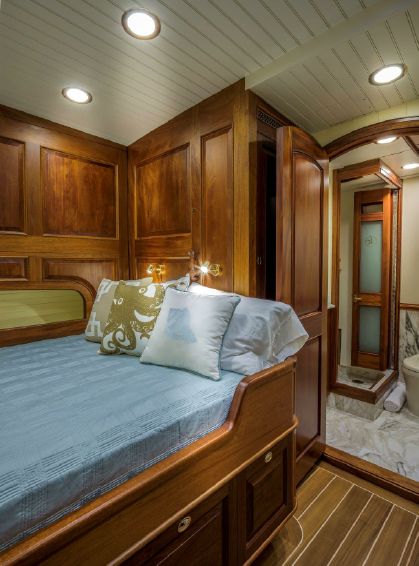 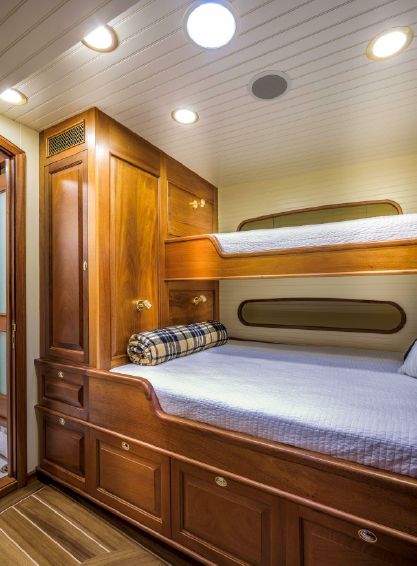 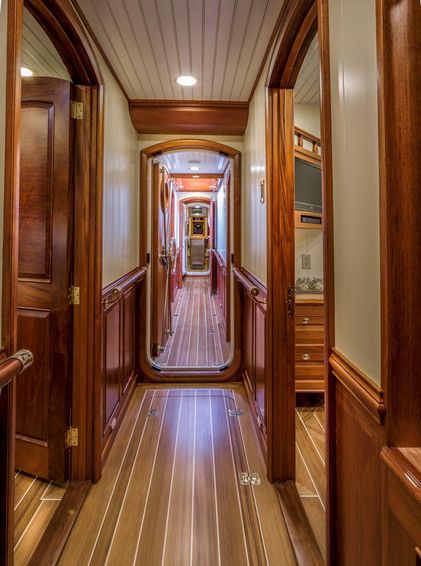 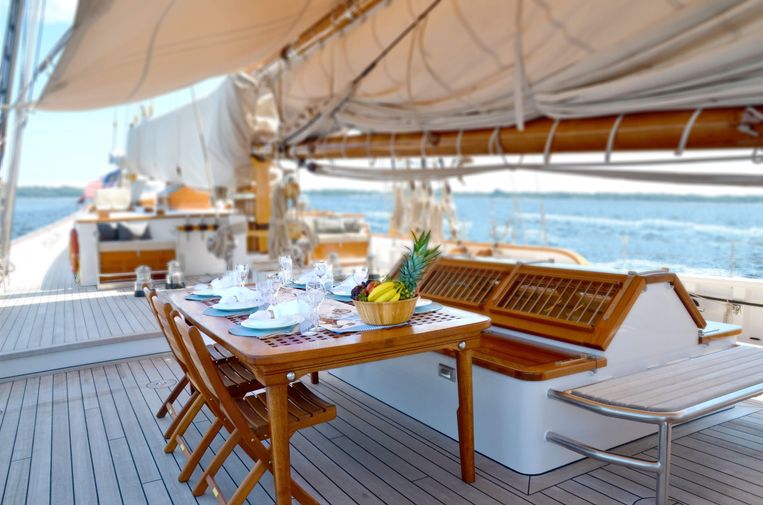 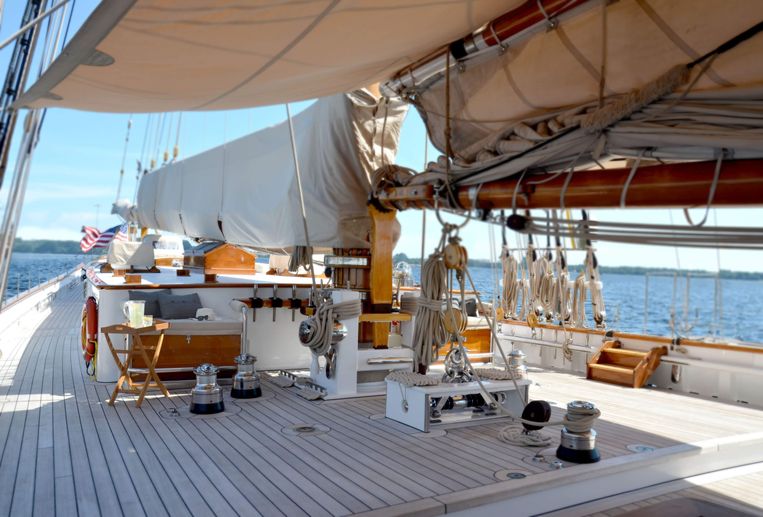 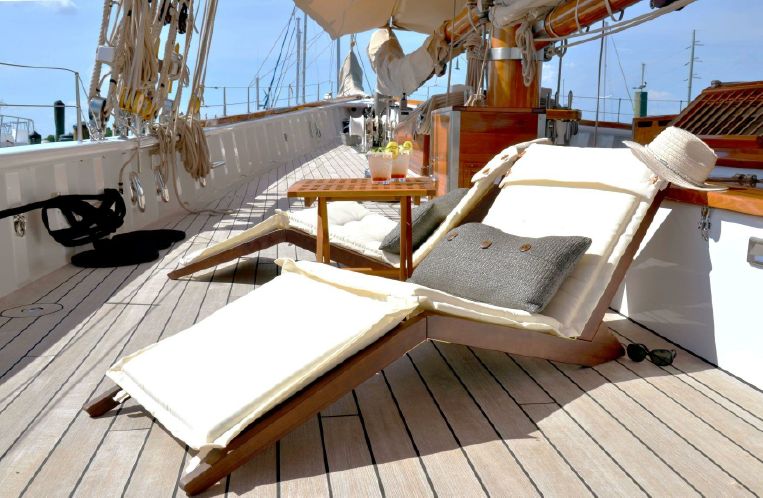 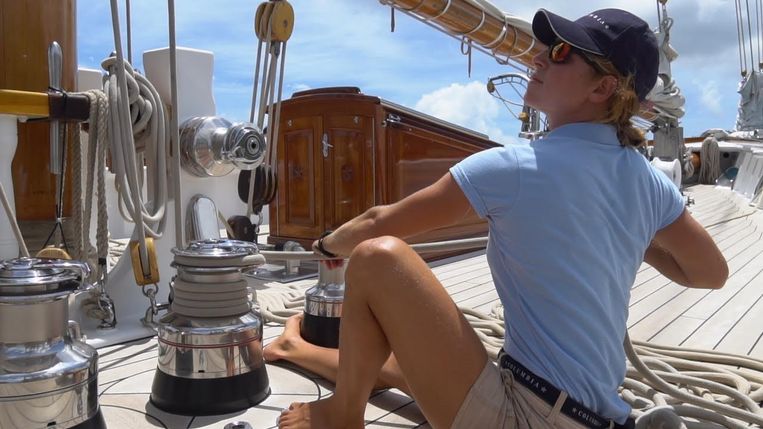 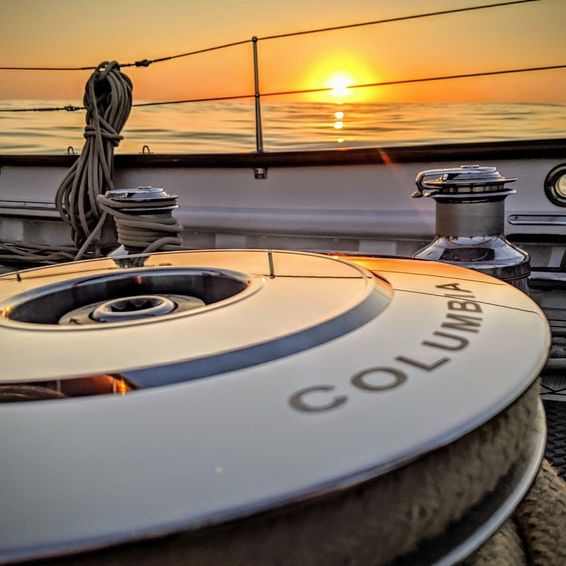 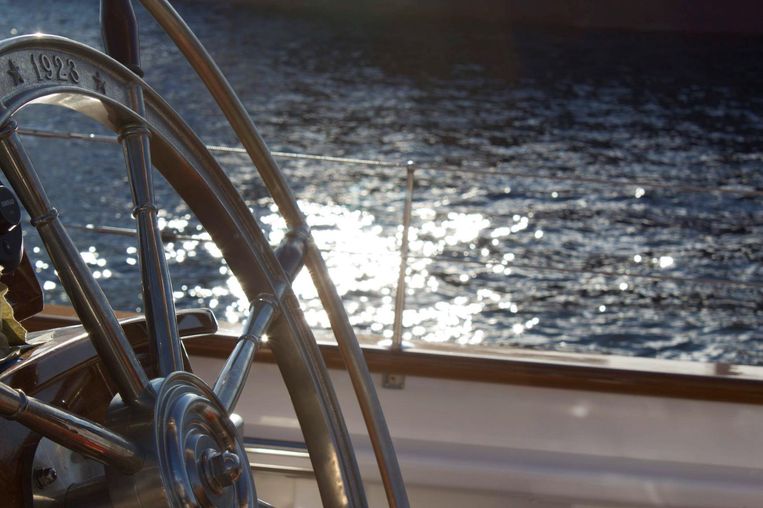 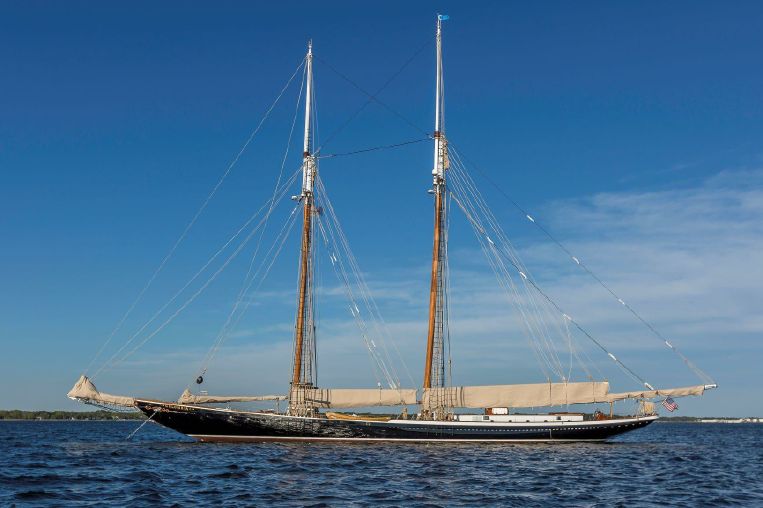 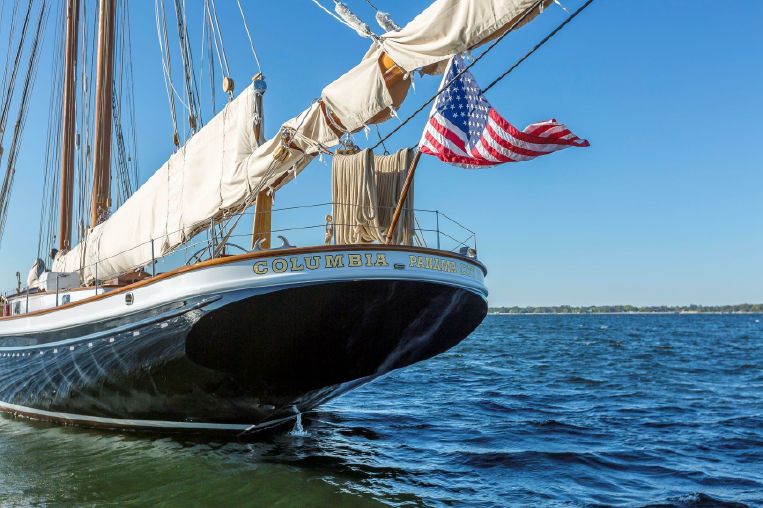 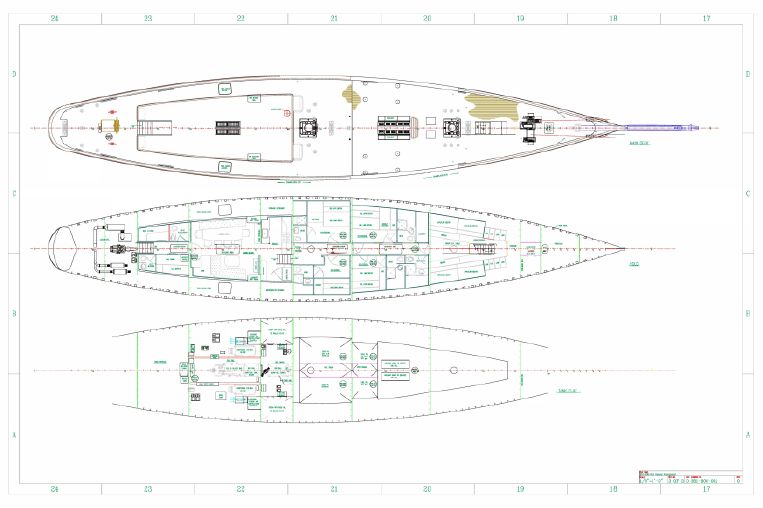 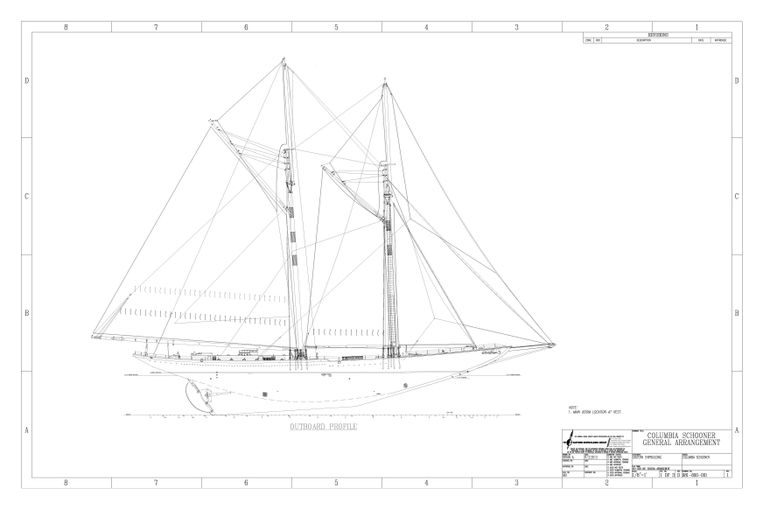 Built and owned by one of America's premier shipbuilders Eastern Shipbuilding, the construction, launching and sailing of COLUMBIA is the culmination of his dream since high school. She is a faithful steel replica of the schooner COLUMBIA built in Essex, Massachusetts which was designed by the renown Starling Burgess to sail out of Gloucester to fish the Grand Banks off Newfoundland in the winter North Atlantic and to race the equally famous historic Canadian schooner BLUENOSE.

Unlike so many replicas, every detail is just right with sensitive adaptations to accommodate her owner's large family or a pampered charter party, though she still has two 5,000 pound fish holds with their own industrial ice machines. COLUMBIA boasts a spacious saloon and four luxurious en suite guest staterooms for up to twelve guests in a beautifully executed timeless and traditional superyacht interior.

COLUMBIA is equally suited for racing in classic yacht regattas, entertaining in high style or even tackling the Northwest Passage. She has an enviable charter record and is maintained to the absolute highest standards. As neither a narrative not still photos can do her justice, we encourage the viewing of the attached two videos.

SYS Yacht Sales is pleased to assist you in the purchase of this vessel. This boat is centrally listed by Seaton Yachts.


The vessels hull, superstructure and underwater gear are designed and constructed in accordance with the Lloyds Registry Rules for Building and Classing Steel Vessels 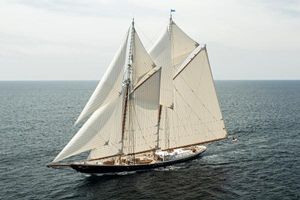